Ginger Juice was selected to provide social media for the inaugural World Travel Market – Africa, which took place in Cape Town in May 2014.

The event had virtually zero social media presence when we took over in October 2013.  Since that time we provided a range of social media activity which:

We also provided comprehensive event-day coverage. The event was a huge success, and for a time, the event hashtag was even trending on Twitter! 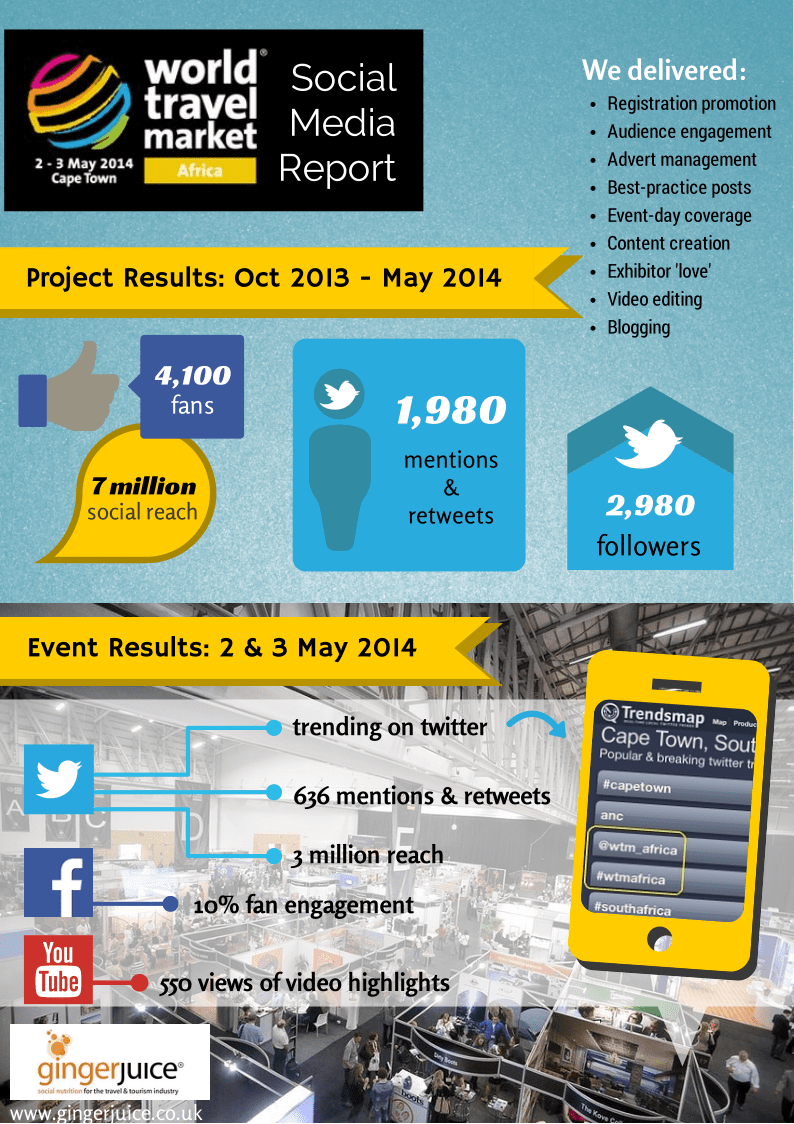